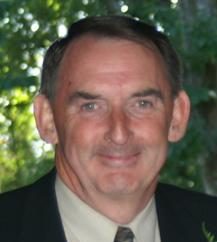 Bob Earp has 54 years experience in engineering, technology-based training equipment, training program design, manufacturing, training centre operations, and consulting.  The last 48 of those years have been spent in management roles to the executive level.  He has specialized in the aerospace, telecommunications, and utilities industries but applies his skills to provide innovative solutions to most technology-based sectors.

After graduating as an avionics engineer and AME from a five year engineering apprenticeship with British Overseas Airways Corporation with  qualifications in telecommunications, Bob was invited to join a team of simulation specialists. Starting with analogue computing, he worked in this emerging and multi-disciplinary field, and was instrumental in the application of digital computers to high fidelity flight, systems and navigation simulators.

Upon emigrating to Montreal at the request of CAE Electronics, he honed these skills and gained experience that would eventually lead to his successful direction of the training centres of Eastern Provincial Airways, Canadian Pacific Airways, and Canadian Airlines International.  In these positions he had total responsibility for the management for training equipment and facilities, the development of training programs, the training and qualification of all safety and technical subjects for cabin and flight deck crew, maintenance personnel including hanger and ramp operations, passenger and cargo handling staff, reservations personnel, and management development.

In late 1989 Bob moved on to form his own company, Ashford Training Technologies, which specializes in the design and production of technology based training devices, from desktop, classroom & workplace solutions (eLearning), to full size simulations of equipment such as aircraft.  In the last 28 years he has assembled an impressive array of satisfied customer clients such as CAE, Bombardier, Boeing, Apple Computer, NASA and British Airways, to name just a few.  He is also frequently retained by large and small companies to help them solve unique problems, including higher academic institutes such as the University of the Fraser Valley.

He is known for his ability to conceptualize and problem solve at the highest level, while retaining innovative practical design solutions to the working level.

Bob is also a founding member and president of Technology Training International (TTI), an approved company specializing in the training and support of flight simulators and their Evaluation and Qualification to international standards.  His role with TTI includes teaching/lecturing, program development & production, and administration.

Bob is an articulate, informed, charismatic and impelling entrepreneur.  His ability to motivate and lead a team to their maximum potential in the achievement of leading edge performance, is manifest.  He leads by example, with great energy, governed by an innate sense of fairness and highest ethical standards.  Bob regularly demonstrates his acumen to conceptualize and satisfy business opportunities.  He has an obsessive dedication to quality, schedule and customer satisfaction while maintaining unerring focus on the bottom line.