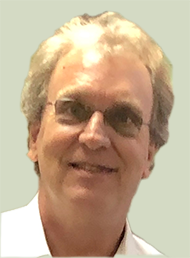 Upon graduating in 1981 from the University of Illinois with a degree in Aeronautical and Astronautical Engineering, he was delighted to discover that one could be paid for working with airplanes AND programming computers!  He spent 10 years working as a design engineer for Singer-Link, Reflectone, and Systems and Simulations Inc in the USA, specializing in aerodynamics, powerplant and flight controls simulation development, from flight test planning through regulatory Qualification.  This included development of some of the early versions of automatic Qualification Test Guide systems in the industry, for a variety of aircraft both commercial and military.

He then established an engineering consultancy and spent 13 years at several well-known simulator and aircraft manufacturers in the USA, again focusing on development of the aerodynamics, performance and qualification of the training devices.

In 2003, he obtained his MBA degree with Honors from Rollins College in Florida.  That led him to Asia, where he spent 2 years as an instructor at the University of Shanghai for Science and Technology, before taking a role at Cathay Pacific Airways in Hong Kong.  As Flight Test Engineer and later as Manager Simulator Engineering, he was involved in the acquisition, acceptance, qualification and operations for the company and other flight simulators approved by Hong Kong CAD.  He holds approval from them for Qualification Test Guide evaluation.  He later held the role of Deputy General Manager at AATC in Bangkok, Thailand and then General Manager, Aviation Training Centre for Hong Kong Airlines.  He is currently Managing Director, Viking Aviation Consulting (Hong Kong) Limited.