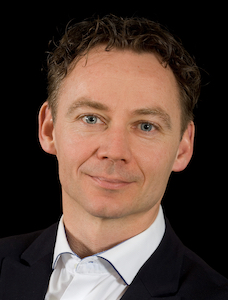 Based in The Netherlands, Michel is a new member to the TTI team. As a test pilot and type rating instructor he has a wide background in both fixed wing and rotary wing aircraft. His operational experience in combination with his background as aerospace engineer in the field of Dynamics and Control of Aerospace Vehicles makes him a valuable addition to the team.

Michel joined the Navy in 1995 and acted as navigation officer before starting his flying career in 2001. His first operational assignment was flying Search and Rescue on the Westland Lynx helicopter followed by multiple deployments around the globe while being embarked on His Netherlands Majesties Ships, conducting Counter-Piracy operations in the Indian Ocean, Counter-Drugs operations in the Caribbean and Anti-Submarine Warfare (ASW) missions in the Mediterranean and Northern Atlantic.  In 2009 he obtained his Aerospace Engineering degree from University of Technology in Delft. In the same year he also started working as Type Rating Instructor on the Westland Lynx, both flying actual training sorties and operating the Westland Lynx Full Mission Flight Simulator on Naval Air Station De Kooy in Den Helder. In 2014 he graduated from Empire Test Pilot’s School at Boscombe Down, winning the McKenna Trophy for best student. Since 2015 Michel has been working as a test pilot on NH90, conducting flight-trials. He currently works as NH90 Type Rating Instructor as well.

His simulator evaluation activities started in 2017 with the Level D qualification of the Dutch NH90 simulator. At this moment he is involved in the development and design of the simulator upgrade.  Since 2020 Michel is also part of the Netherlands Aerospace Centre (NLR)-team that performs simulator qualifications for EASA.